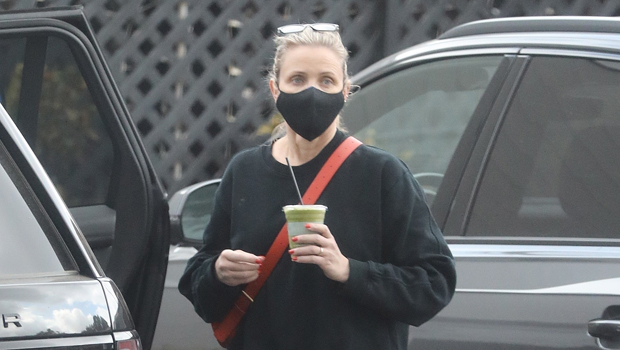 While in Beverly Hills, the ‘Vanilla Sky’ actress wore a boot that matched her almost totally black ensemble.

Cameron Diaz’s foot appears to have been damaged! On Monday, February 21, the 49-year-old actress and Avaline wine creator were seen wearing a foot brace while out and about in Los Angeles.

Despite the boot, Cameron appeared to be walking normally and unaffected by her injuries as she went through a parking lot with a drink in her hand while running errands.

Cameron’s casual black attire was wonderfully complemented by the footwear. In a pair of sweatpants and a crewneck sweater, the Bad Teacher actress looked relaxed.

She finished off the look with a matching face mask and kept her spectacles on top of her head while working. She wore a pink shoe on the foot opposite the leg brace. Cameron’s leg or foot, hopefully, will heal quickly!

Cameron’s public appearances have been few and far between since she retired from acting in 2014. Cameron and her husband Benji Madden, 42, were caught out shopping together in early January, despite keeping a low profile. In an August 2021 interview with Kevin Hart for his Hart to Heart podcast, the Charlie’s Angel actress discussed her decision to leave the industry.

«Various aspects of my life, whether it was my home or every aspect – from finances to just the management of me as a human being, not me as ‘Cameron Diaz,'» she explained to the comic. «However, I was understanding that one part of myself that functioned at a high level wasn’t enough for my particular spiritual self.»

Cameron has maintained many of her acquaintances from the entertainment industry close, despite the fact that she is no longer a staple on the big screen. When she went on her Charlie’s Angels co-star Drew Barrymore’s talk program in September, she posed for a selfie with her 30-year buddy.

Cameron admitted during an interview on the Quarantined With Bruce podcast in February 2021 that she was unlikely to take on a part anytime soon, but assuring her followers that «never say never.» «I couldn’t image being a mother now, with my child in her first year, having to be on a movie set that takes 14 to 16 hours out of my day away from my child,» she said. 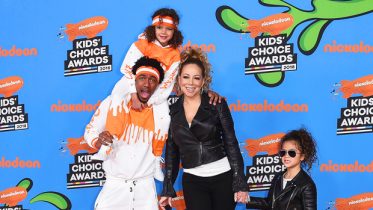 Nick Cannon’s Children: Everything You Need to Know About His 8 Kids, Including His Newborn Son With Bre Tiesi Learn more about the ‘Wild ‘N…