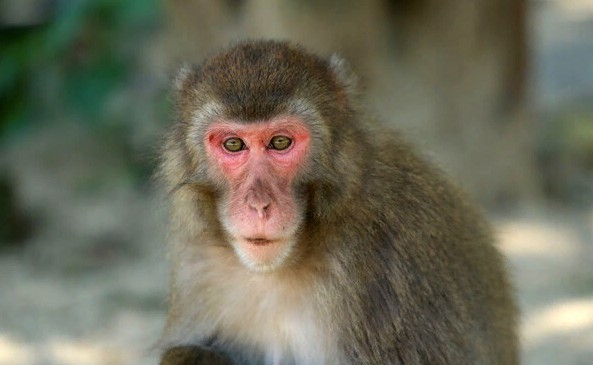 It’s been easier said than done to end patriarchy in the human world. Last year, though, a 9-year-old female Japanese macaque in a reserve in southern Japan showed humans how it’s done by aggressively ousting her troop’s alpha male and becoming the reserve’s first female leader in its 70-year history.

Yakei, a macaque, is the leader of a troop of 677 monkeys in Takasakiyama Natural Zoological Garden, which was founded as a monkey sanctuary in 1952. On the island reserve, there are two troops that spend the majority of their time patrolling the forested peak in the center.

They also go to a park at the bottom of the mountain on a daily basis, where the crew feeds them. Since the reserve’s inception, its administration has kept track of the simian occupants’ amorous and political challenges.

Yakei’s ascension to alpha rank astounded both scientists and reserve workers, who are now keeping a careful eye on her rule to see how long she can keep it up. And, with breeding season throwing Yakei into something akin to a tangled love triangle, some experts fear if she’ll fall victim to a usurper.

The snow monkey, commonly known as the Japanese macaque, is a highly intelligent primate that is unique to Japan. It’s famous for its beet-red bottom and love of soaking in hot springs.

While many animals live in female-led societies, such as bees, hyenas, and elephants, a hostile takeover by a female «is very rare in Japanese macaque society, and only a few cases have been reported in the history of primatology,» Yu Kaigaishi, a research fellow at the Japan Society for the Promotion of Science, said in an email.

A rigid hierarchy governs Japanese macaque culture. The higher a monkey’s rank, the easier it is for it to get food, mates, and resting spots. Females inherit the status of second-in-command from their mothers and rarely leave the unit into which they were born. When a boy reaches puberty, he leaves his birth troop and joins a new one, where his rank is usually determined by the amount of time he has spent in the unit. Rank is sometimes obtained, though, by acts of violence, usually between males.

Yakei defied expectations among Japanese macaques, according to primatologists. Last April, she defeated her own mother to become the female leader of her unit. While most females would be pleased with that, Yakei fought on.

According to reserve staff, Yakei assaulted three high-ranking individuals before pursuing Nanchu, the troop’s five-year leader. Nanchu is an elderly Japanese macaque at 31 years old, and he was no match for the young and ambitious Yakei.

«She physically battled and defeated Nanchu, gaining the top rank in the troop as a result,» said Mr. Kaigaishi, a Japanese macaque behavior expert.

Following Yakei’s dispute with Nanchu, reserve personnel conducted a «peanut test,» which involved giving the monkeys peanuts and observing who ate them first. Yakei’s alpha status was confirmed when males and females stood aside to let her eat first.

«Yakei has demonstrated various behaviors that are generally only seen in dominant males, such as striding with her tail up and shaking tree branches with her body, since then.» Mr. Kaigaishi, who is not involved with the reserve, described her behavior as «behaving like an adult guy, being more aggressive than other persons.»

Despite the fact that Yakei appears to be embracing her new role, she is sure to meet obstacles. An alpha’s rule might last anywhere from a few months to over a decade. However, troop observers believe that Yakei’s fortunes may alter during mating season.

The reserve’s mating season, which lasts from November to March, is in full swing. Male and female macaques, which are polygamous, create pair bonds during the breeding season. For an average of 16 days, they mate, feed, rest, and travel with their companions. The bond breaks down after this time, and the ladies start looking for new companions. During the breeding season, females normally mate with an average of four males.

«Mating season in Japanese macaque society often heats things up,» said Katherine Cronin of the Lincoln Park Zoo in Chicago, who studies animal social behavior and cognition, including that of her zoo’s Japanese macaques. «The atmosphere gets increasingly competitive and tense.»

Yakei had previously partnered with Goro, a 15-year-old male who placed sixth in the troop, during prior breeding seasons. According to the reserve, Goro bit Yakei in the face in 2019, causing her bottom to flush bright red – a sign she was ready and prepared to take him as a mate, according to the Japanese daily Manichi Shimbun. Goro, on the other hand, appears to have lost interest in Yakei after she became the troop’s leader.

Since then, another male, Luffy, who is ranked fifth in the squadron, has tried unsuccessfully to pursue Yakei. In an email, Satoshi Kimoto, a guide at Takasakiyama, remarked, «Luffy enjoys Yakei, although it appears one-sided.»

Over the course of this breeding season, Yakei could create pair bonds with both Goro and Luffy. Her dislike for Luffy, on the other hand, appears to have recently grown into something more close to dread.

In an email, Mr. Kaigaishi said, «I visited Takasakiyama last week and noted that Yakei displayed a facial expression (known as ‘fear grimace’) typical of subordinate individuals towards Luffy.» «I also noticed Luffy pulling Yakei away from the food.»

«It seemed that Luffy was dominant over Yakei,» Mr. Kaigaishi said, adding that more data was needed to draw any conclusions.

It’s unclear whether Yakei’s actions are the result of her loss of strength or merely an indication she doesn’t want to mate with Luffy. Mr. Kimoto stated that he still believes Yakei is the best, and that «she will not slip from the top solely because of mating.»

If Yakei’s rule persists, experts like Mr. Kaigaishi will have a once-in-a-lifetime chance to research how Japanese macaques fare in a female-led community.

«Japanese macaque culture is so spectacular and unpredictable,» he explained, «that many individuals, both academics and nonresearchers, like observing them.»

Be the first to comment on "The Monkey Queen of Japan is facing a challenge to her reign: mating season" 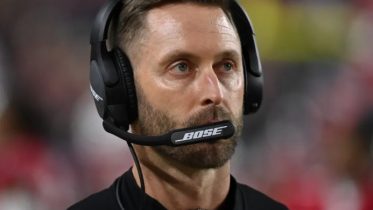 We’ve seen several fan bases lash out at their teams during the last few weeks of the NFL season, expressing their frustration with terrible franchises…