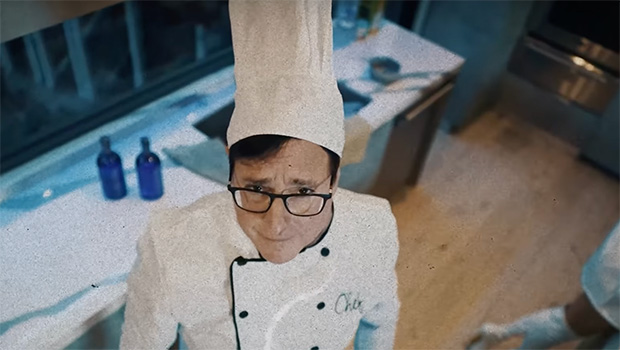 Snoop Dogg appears in the video and tells Desiigner that he ‘better get Bob on the job,’ referring to the late actor.

When Bob Saget was making people laugh, he was at his finest. For Desiigner’s latest music video «Bakin,» he played a hilarious house party chef in what appears to be the late comedian’s final acting appearance.

Bob seemed to be having a fine time cooking up bacon — and loads of cash — for the Hollywood Hills bash with adult film star Kendra Sunderland. Snoop Dogg even makes an early appearance, advising Desiigner to «make it happen» by getting Bob over to the house before the party starts. «Get Bob on the job!» says the famed rapper.

Pre-production footage is presented in the middle of the video when Bob discusses working on the project with Desiigner while on the phone. The Full House alum, in typical Bob form, cracks up not only the rapper but also the production staff.

«I’m just here to enjoy bacon,» he tells Desiigner, with the «Bakin» song playing in the background and Bob bopping to the beat.

According to Deadline, the «Bakin» video was shot in December, just weeks before Bob’s unexpected death on January 9 in an Orlando, Florida hotel room.

A homage to Bob is presented at the end of the video, with extra material from the music video and the words «Rest In Peace Bob Saget» placed over it.

The cause of Bob’s untimely demise was discovered last week. His family revealed on Feb. 9 that he died on Jan. 9 from «head trauma» following a stand-up comedy event in Jacksonville, Florida. He smacked his head and died of a «brain bleed,» according to an autopsy.

«In the weeks after Bob’s loss, we have been overwhelmed with the enormous outpouring of affection from Bob’s fans,» his family wrote in a statement to HollywoodLife. «This has been a huge comfort to us and for which we are eternally thankful.» «Now that the authorities’ inquiry has come to a conclusion, we believed it was only right that the fans hear those results straight from us.» 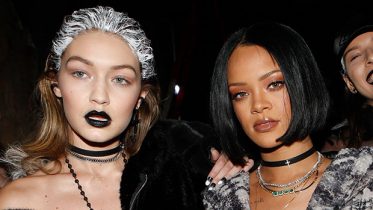 Gigi Hadid Clarifies That Rihanna’s Twins Aren’t Hers: ‘Got Word Of This Uproar,’ says the narrator. When Gigi Hadid posted ‘three angels’ on Rihanna’s most…