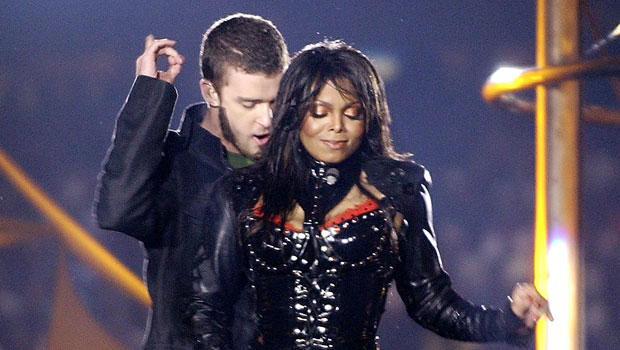 What You Need to Know About Janet Jackson’s Super Bowl Scandal and Feud With Justin Timberlake.

Here, we dissect Janet Jackson and Justin Timberlake’s famous «wardrobe malfunction» performance, as well as the reaction and societal reckoning that followed.

There have been many scandals in American culture, but one, in particular, shook the public awareness like no other: the Super Bowl XXXVIII halftime performance on February 1, 2004.

Although the show started out like any other halftime show, the show’s conclusion turned [supposedly] accidentally provocative when Justin Timberlake ripped a piece of Janet Jackson’s costume off, revealing her bare right breast to millions of fans watching on TV.

Following a frenzy of cultural and political outrage, CBS was fined $550,000 by the Federal Communications Commission, and Jawed Karim came up with the concept for YouTube while frantically searching for a recording of the incident after missing the broadcast on TV.

In the trailer for Janet Jackson’s new Lifetime documentary, simply titled Janet Jackson, a scene shows her brother Randy Jackson, who is also her manager and co-producer on the film, saying, «Justin and his team have been trying to contact us about you doing the Super Bowl,» before cutting to a contemplative Janet.

Below, we take a look at the whole timeline of the bizarre and culturally significant events involving the two artists, as well as a look back at the world-famous halftime show.

Janet Jackson Has Been Confirmed As A Performer

The NFL announced in December 2003 that Janet will host the 2004 Super Bowl XXXVIII event, which would be produced by MTV and broadcast on CBS.

According to an Entertainment Weekly article from 2002, the Poetic Justice actress was in talks to sing at the 2002 Super Bowl, but network bosses apparently changed their minds due to the seriousness that swept the United States following 9/11. After attending a U2 concert in the aftermath of the disaster, executives reportedly changed their minds and chose the Irish rock band instead to «create the correct tone.»

«There is no greater spectacle than the Super Bowl,» Janet remarked in a news release issued around the time of her 2004 headlining announcement. «It’s a once-in-a-lifetime opportunity that I’ve been looking forward to for years.»

Justin was a last-minute addition to the halftime act, performing a duet with Janet Jackson on his smash song «Rock Your Body.» When Justin delivered the lyrics, «Gonna have you naked by the end of this song,» he ripped the right side of Janet’s costume off, revealing her right breast, which was adorned with a piece of nipple jewelry. As the concert abruptly stopped and the cameras moved away, Janet gazed down at her exposed breast in apparent disbelief.

Following the shock of the episode, which was televised to 150 million viewers, network executives rushed, while Janet and Justin’s teams both claimed it was an accident, resulting in the coining of the term «wardrobe malfunction.»

MTV executive Salli Frattini said USA Today in January 2018 that the notion of Janet’s breast being revealed was created between Janet and/or Janet’s stylist and then brought to Justin in Janet’s dressing room before the show.

«Right before the halftime [show], there was a meeting,» Frattini told the site. «I presented Justin with the concept. Janet’s stylist or anyone else who happened to be in the room. «The mistake happened because [Justin] went along with it.»

During prior rehearsals, Salli also mentioned that their teams considered Justin removing her skirt instead, but finally decided against it. Salli said, «There wasn’t meant to be any reveal.» «There should never have been an action scene or anything ripped from her body,» says the author.

In November 2021, FX’s The New York Times Presents series aired the documentary Malfunction: The Dressing Down of Janet Jackson, in which Salli expressed her dissatisfaction with the occurrence. «My instincts told me that this was discussed privately among the wardrobe, stylist, and artist and that someone thought it was a good idea.» It also backfired.»

Janet’s choreographer, Gil Duldulao, informed MTV News just days before the event that there would be «startling moments» in the performance — a phrase that was later exploited by conspiracy theorists and disbelievers to claim that the whole thing was staged as a publicity gimmick.

The publication contains an inserted «Editor’s Note» in the text to this day, assuring supporters that the malfunction was an accident.

Janet Bears The Brunt Of The Backlash

According to the documentary, Janet issued a formal apology the day after the halftime show, stating, «The choice to have a costume reveal at the end of my halftime show performance was decided after final preparations… She added at the time, «MTV was absolutely oblivious of it.»

«I didn’t intend for it to go as far as it did.» I apologize to anyone who was upset, including the crowd, MTV, CBS, and the National Football League.» Two days after the incident, she made a similar video statement.

When Justin appeared at the 46th Annual Grammy Awards on Feb. 8, he also apologized shortly after the game. «I realize it’s been a long week for everyone,» the «Sexy Back» singer remarked after collecting two trophies at the event during his acceptance speech.

«What happened was absolutely inadvertent and unfortunate, and I apologize if you were offended.» In a statement, CBS stated Justin’s apology was part of a deal he made with the network to perform at the Grammys. They also alleged that they offered Janet the same deal, but she declined.

Despite the fact that both parties apologized, the fallout was far more severe for Janet, who was «vilified» in the media and was temporarily blacklisted from multiple radio stations and networks as a result of the controversy. Her music career was also harmed, with her eighth studio album, Damita Jo, receiving positive reviews but failing to chart in the United States, making it her only album not to reach No. 1 since 1984.

Janet appeared on the Oprah Winfrey Show in 2006 to discuss the halftime show, insinuating that Justin had abandoned her after the incident. «Justin has sought out — we haven’t spoken — but [he] has reached out to speak to me, and… friendship is incredibly important to me,» she expressed her disappointment. «There are some things you don’t do to your pals.» I’ll call him when I have free time.»

Justin offered a public apology on Instagram after the premiere of The New York Instances Presents: Framing Britney Spears, saying he was «truly sorry» for «the times in my life where my actions contributed to the problem» and where he «did not speak up for what was right.»

«I acknowledge that I fell short in these times and many others, and that I benefited from a system that condones misogyny and bigotry,» he wrote in his apology.

The New York Times Presents series, as well as a slew of other reexaminations of historical-cultural events through more gender- and racially-inclusive lenses, have transformed the zeitgeist in favor of better understanding the past.

Although Janet was clearly harmed by the mid-aughts incident, her new documentary demonstrates how much has changed and how much the culture may look back on «Nipplegate» as a scandal that perhaps didn’t need to be labeled as such. 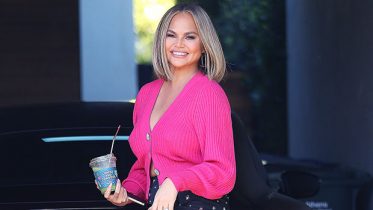 Chrissy Teigen wears only half of her makeup to show how she looks with and without it. The cookbook author showed her admirers how she…